From January-May this year I was based in Nairobi at the British Institute in Eastern Africa (BIEA) as a graduate attaché, in part to broaden my experience of working in East Africa and more specifically to prepare for my forthcoming PhD research with the Marakwet Heritage Project. With the latter aim in mind, from 17th-22nd April I joined my PhD supervisor Prof Henrietta Moore on a trip out to Elgeyo Marakwet County, northwest Kenya, more specifically the town of Tot in the Kerio Valley, to visit the local team of the Marakwet Heritage Project and get some new research projects rolling.

After an overnight stop in Eldoret to meet with our collaborators at the University of Eldoret – Bernard Wanjohi and Prof Wilson Kipkore – to discuss joint future endeavours and the necessary evil of paperwork, we headed up to Tot with several Project members in tow, including the director of the Marakwet Research Station, Timothy Kipkeu. The next day we were re-joined by Wanjohi, who in addition to teaching botany in Eldoret is pursuing a PhD in the floral biodiversity of Marakwet. I spent most of the week working with him, a brief overview of which follows below.

Wanjohi’s research essentially comprises of a baseline survey in floral composition from the bottom of the Kerio Valley, up the Elgeyo Escarpment and to the top of the Cherangani Hills above. At the time of our visit he was concentrating on completing transects on the valley floor adjacent to Tot. 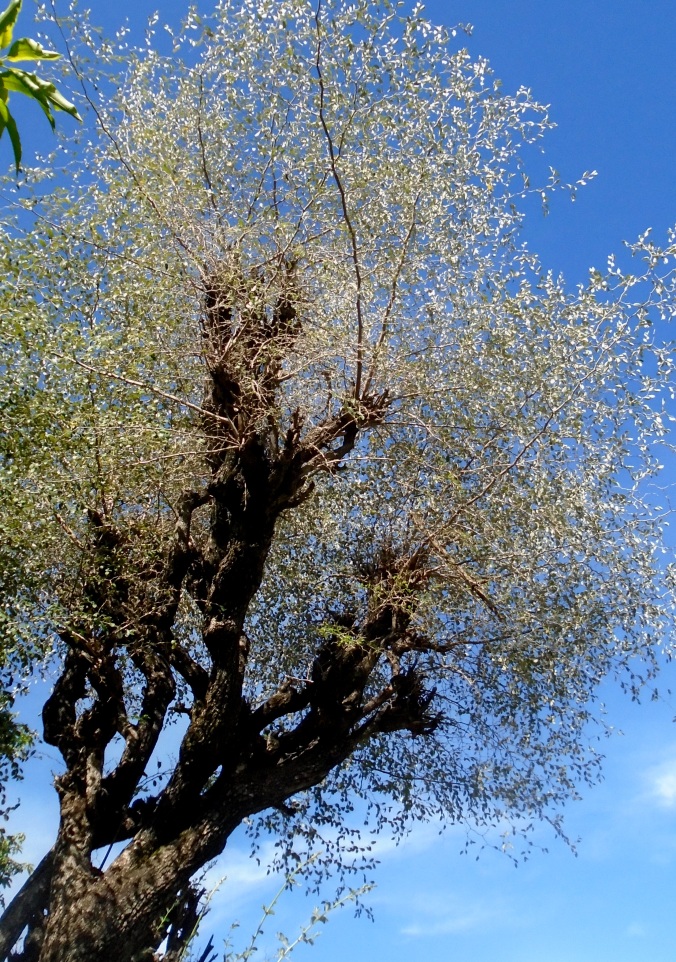 In order to extend the relevance of this research on the biodiversity of the area, Prof Moore also wants to assess local people’s perceptions of, and attitudes to, environmental change in the region. With this in mind, one of the objectives of our trip was to trial a new methodology for questioning locals on these issues. A significant problem in this regard, however, is the lack of a word equivalent to ‘environment’ in Marakwet, which from past Project experience has led to considerable confusion in interview situations. We are also interested in collecting more easily quantifiable data than is commonly available from conventional interviews, and Prof Moore had come prepared with ideas for a form of data gathering known as the ‘Q Methodology’, which is commonly employed by psychologists to search for correlations between subjects across a sample of different variables.

The amended method that we adopted after group consideration entailed producing photo-postcards of a series of twenty Marakwet trees, both indigenous varieties and exotics (mainly cash crops such as mango), a set of which would then be given to each interviewee. The interviewee would then pin them onto a wooden board on which a ranked series of empty boxes moved from negative to positive values, left to right. The participant would thus rank the twenty trees from most negative to most positive according to their opinion of how important they were in their personal life. The finalised ranking would be photographed, in effect finalising the arrangement as a quantitative dataset that, together with other people’s responses, can later be statistically interrogated using factor analysis. The second part of the procedure would then involve getting each participant to reason through their choices, creating a qualitative interview to sit alongside the previous dataset. 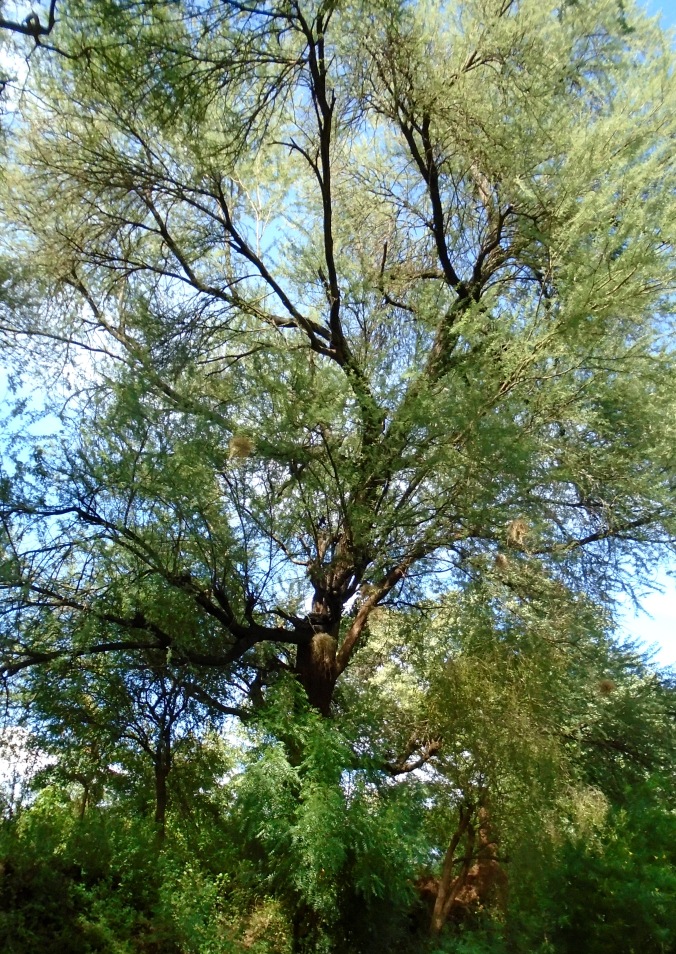 We trialled this method with several local team members to good effect, and upon returning to Nairobi at the end of the week I printed out postcard sets of the twenty trees we had agreed upon, laminated them, and sent them back to Kipkeu in Marakwet. The team there will now conduct a series of interviews using the new methodology, and in a few months the data will be collected and analysed to see if the method can be extended to other categories of plants and landscape features. In this way, we hope to build up a database of local residents’ conceptions of, and opinions on, their environment, which can be internally differentiated along lines of age, gender, etc.

In turn, this data will be set against Wanjohi’s PhD research on the botanic biodiversity of Marakwet, work for which occupied the rest of my time on this visit to Tot. In the first instance we needed photographs of all the plants that we wanted to feed into the new methodology, and so it was with this purpose in mind that I began gathering data; essentially a catalogue of photos of trees, fruits, vegetables, and medicinal plants along with their Marakwet names. As the week progressed, and Wanjohi realised how much more vegetation had sprung up since his last visit in the dry season, we turned more to more collaborative work that combined the data I had collected with Wanjohi’s impressive knowledge of scientific botanical nomenclature and identification methods.

We were thus able to build up a substantial record of the plant species prevalent in the valley floor area (keu in Marakwet) around Tot, with especial attention paid to the local uses to which these various plant species are put, and to an extent that goes beyond more common ‘ethno-medical’ studies. A significant part of this process involved sitting with Wanjohi in the Research Station at mealtimes, whilst local team members showcased the various specimens they had collected. For pretty much all cases Wanjohi was able to give the plant’s scientific name; an exercise that proved surprisingly popular amongst the team, who copied them all down. We joked that if you visit Tot now, half the population will be able to give you a tour of the local flora entirely in Latin and Greek!

To return to a more serious note, the level of active engagement from the local team was very encouraging, and goes to show that the acquisition of new knowledge in such situations is very much a two-way process (or in my case, overly familiar with neither Marakwet nor Latinised nomenclature, something of an ‘all-way’ process). This bodes well for future research within the wider Marakwet Heritage Project, of which the Q Methodology-based interviews will form the next component. 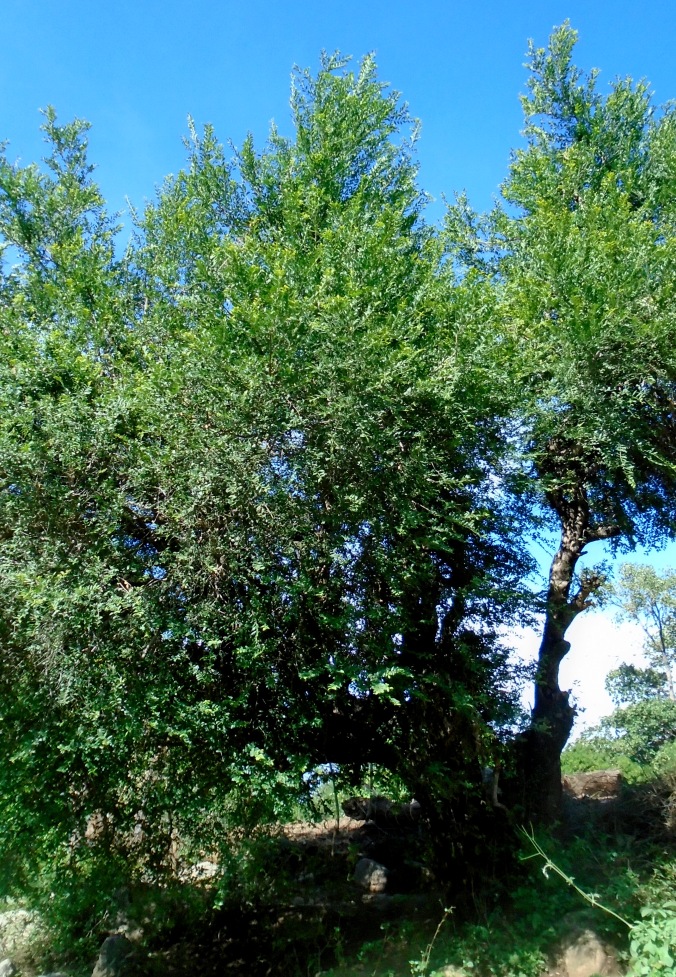 Indeed, such multi-directional knowledge exchange lies at the core of all the Marakwet Heritage Project’s activities, and in turn reflects the multi-disciplinary composition of the Project’s explicitly academic strands. In this case, Wanjohi’s PhD research will enable a greater appreciation of what the Marakwet environment actually consists of (at least from a floral perspective), whilst our new interview methodology will enable researchers to quantify local people’s own understandings of this landscape from both a conceptual and behavioural point of view. My own forthcoming PhD research – looking at historical trajectories of settlement change in and around Tot, together with concurrent changes in the use and composition of household space – will also directly feed into this wider agenda, in effect by historicising the domestic side of Marakwet livelihoods alongside wider narratives of landscape use and modification which have already been pursued (for example by tracing the development of the famous irrigation furrows).

In essence, this is what the Marakwet Heritage Project espouses: a cohesive approach to historically-constituted and contemporaneously-imagined landscapes that encompasses both academic and local concerns. Realising such a programme is by necessity an incremental process, but one to which even this week-long research trip contributed to in some small way. Yet to end on a cliché… more research needed.

But that’s alright by me.

Thanks are due to all those who enabled this research trip, especially the local members of the Marakwet Heritage Project: Kipkeu, Helena, Regina, Sofia, William, Nelson, Sammy, and of course Mama who fed us (copiously) all week.

(adapted from a previous blog post for the BIEA: http://www.biea.ac.uk/blog/uncategorized/whats-my-name-the-botanic-worlds-of-the-kerio-valley-north-western-kenya/)

David Kay is a PhD student at King’s College and the Division of Archaeology, University of Oxford. He is a member of the Marakwet Research Team.